Both males and females are at the peak of their fertility after puberty. And fertility declines for both men and women as they age. 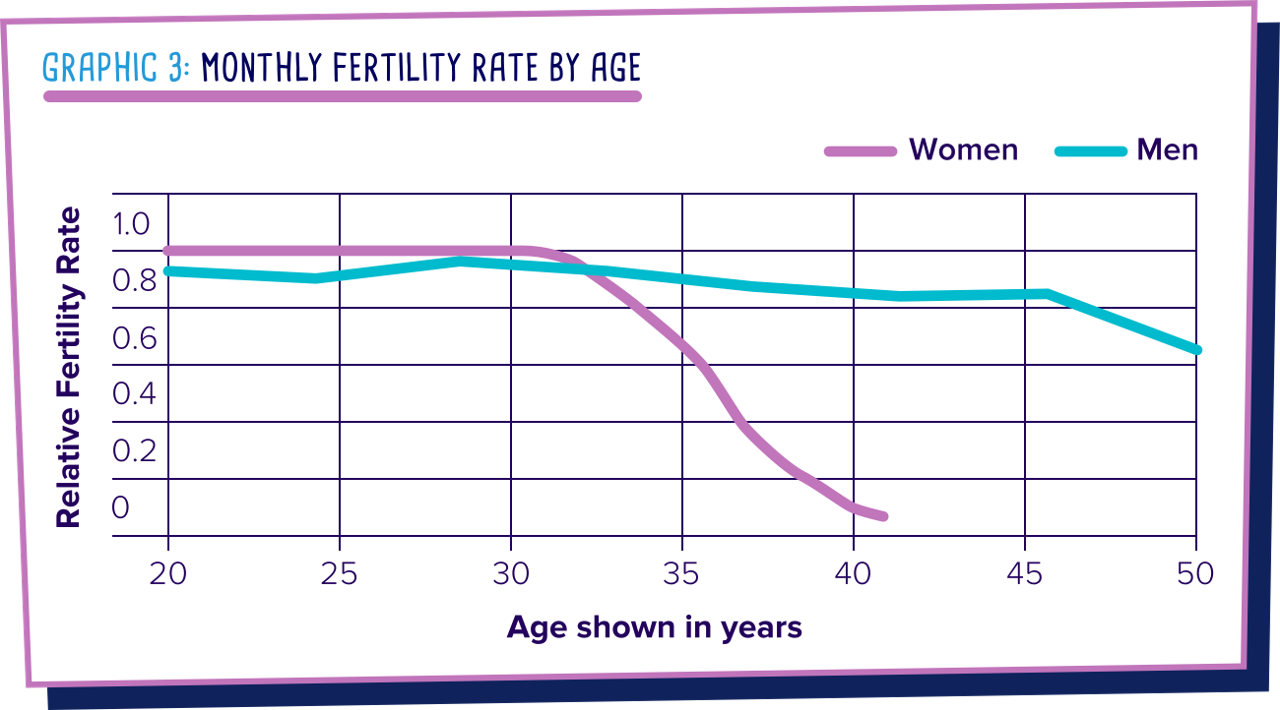 Women are born with all the egg-containing follicles in her ovaries that she will ever have. At birth there are about one million follicles. By puberty that number will have dropped to about 300,000. Of the follicles remaining at puberty, only about 300 will be ovulated during the reproductive years.
A woman’s best reproductive years are in her 20s. Fertility gradually declines in the 30s, particularly after age 35. As women age, fertility declines due to normal, age-related changes that occur in the ovaries.Women become less likely to become pregnant and more likely to have miscarriages because egg quality decreases as the number of remaining eggs reduce in number.
Each month that she tries, a healthy, fertile 30-year-old woman has a 20% chance of getting pregnant. By age 40, a woman’s chance is less than 5% per cycle. In women over 40, the success rate of IUI is generally less than 5% per cycle. This compares to success rates around 10% for women ages 35 to 40. IVF is more effective but also has relatively low success rates in women 40 and older, generally less than 20% per cycle. By age 43, the chance of becoming pregnant through IVF is less than 5%, and by age 45, use of donor eggs is the only reasonable alternative.

Men are not born with their sperm. Men produce sperm daily.
Though not as abrupt or noticeable as the changes in women, changes in fertility and sexual functioning do occur in men as they grow older. Men’s fertility starts to decline around age 40 to 45 years.
As men age, their testes tend to get smaller and softer, and sperm morphology (shape) and motility (movement) tend to decline. In addition, there is a slightly higher risk of gene defects in their sperm.
Find the Evidence